Warne Shrill About Being Misquoted Regarding Lyon 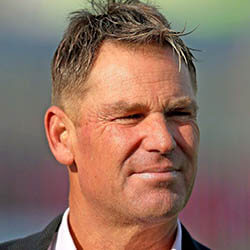 Shane Warne is all over social media platforms, claiming that his statements over Black Caps off-spin bowler Nathan Lyon being rested for the third Test match against New Zealand were taken totally out of context and then printed as fact.

The commentator and former international Cricketer stated recently that Australia should do everything in its power to get bowler Mitchell Swepson in the team with the series victory already complete, even if it meant that Lyon would not play the Test.

Speaking to Fox Cricket earlier on in the Boxing Day Test, Warne said called resting a quickie with some stuff going on and India on the horizon a great opportunity. He commented that it might hurt for someone to miss out on a Test match, Lyon, for example. He ended by saying he though leaving a batsman out and playing all five would push Paine up to No 6, and that Swepson should, by all means, be given a chance and a spot found for him on the team.

But Lyon was quick to dismiss the idea that he could or needed to be rested in a somewhat acerbic response to Warne’s idea, which asked whether Warne had ever wanted to rest and give Stuart MacGill a chance. The comment stirred the pot and Warne was upset, tweeting that he was frustrated by certain journalists making it sound like he had ever said such a thing. He wants the whole conversation reported, saying that what Lyon’s understood is not what he meant.