WBBL: Perth Scorchers Through To Final 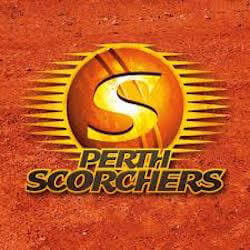 Perth Scorchers Through To WBBL Final

The Perth Scorchers have advanced to their second consecutive Women’s Big Bash League series decider. The Scorchers thumped the Sydney Thunder by 27 runs on Thursday at the Optus Stadium during the semi-final.

Spinner Emma King took three wickets for the Scorchers, playing a crucial role in helping to bury the Thunder. The Scorchers will now either play the Sydney Sixers or Adelaide Strikers when they venture into the WBBL finals on Sunday.

The Scorchers lost last season’s decider to the Sydney Sixers and now may very well be afforded to get their own back, should the chips fall in their favour.

It will be a while yet before trust is completely restored between the Australian Cricketers’ Association and Cricket Australia, with last year’s bitter pay disputes still fresh in everyone’s memory. But, as things tend to go, one good thing has come out of the almost year-long struggle for ground: the impact on this season’s Women’s Big Bash League.

Players used to have to hold down a regular day job as well as meet the demands of having to travel long distances to play and train. It used to be a case of two nights and a morning per week of training, with everything else in life having to fall in behind that as well as the daily 9 to 5 schedule. Now, with the improved figures, players are able to focus on playing full-time and are actually able to make a living off of playing cricket, a privilege which has been enjoyed by the men’s divisions for decades.

The fact that players no longer have to schedule training sessions around regular working hours has had a positive spin-off as far as the quality of play is concerned as well. The additional remuneration has also enabled players to pursue additional studies and income-generating activities with the eye on the future as well as eventual retirement.

Kristen Beams, captain of the Melbourne Stars, says that huge relief was to be found in seemingly small lifestyle changes. Players were excited for the apparently small luxury of being able to enjoy their evening meals at a reasonable time, instead of getting home after training after already having spent a full day at work and then having to organise yourself and your family.

Beams said that the small changes were a big deal to the players and that the women were generally a lot happier all round without all the added pressure of having to juggle day-time pressures with family responsibilities.