White Ferns Still Have A Crack At Semi-Finals 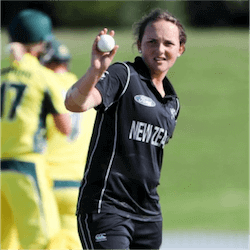 White Ferns Down but Not Out

England have long been touted as the favourite to win the Women’s Cricket World Cup. This week, they reinforced their status with a convincing win over New Zealand at Derby. The result means that the White Ferns are now fifth on the table with three wins, two losses and one no result. However, with one game left to play, New Zealand still has a chance of making it into the semi-finals.

This Saturday, the White Ferns will face off against India in their last round robin match in Derby. Essentially, this can be seen as a quarterfinal for the two teams as the winner will automatically qualify for the semi-finals. Three out of the four teams have already qualified. England and Australia came through with five wins and a single loss while South Africa qualified with four wins, one loss and a no result.

In their match against England, the White Ferns were undone by a massive 170 run fourth-wicket partnership between Natalie Sciver and Tammy Beaumont. When they got to the wicket, the pair took England’s score from 52 runs in the 14th over, all the way to 222 runs in the 41st. For the New Zealand bowling attack, leg spinner Amelia Kerr was the best of the bunch. Kerr took four wickets for 51 runs from 9 overs. Leigh Kasperek also showed promise early on but finished up with 2 wickets for 49 runs from 10 overs.

Undone by a Fourth Wicket Stand

New Zealand had a great start to their bowling attack, dismissing opener Lauren Winfield for 11 runs. This was quickly followed by the dismissal of Sarah Taylor for 8 runs. Bates then took the big wicket of Heather Knight with a leg-before wicket for just 8 runs. It was all going so well for New Zealand until Beaumont and Sciver changed the game.

Chasing a score of 285, the White Ferns got off to decent start with captain Suzi Bates top scoring with 44 from 68 balls. Katie Perkins also put in a good knock with 43 not out from 53 balls. In addition to her three catches, Amy Satterthwaite made a decent 35 from 50 balls but the rest of the team failed to made any headway.

For the England bowling attack, it was Alex Hartley who shined taking 3 wickets for 44 runs from 9.4 overs. She also took the key wickets of Bates and Sophie Devine. New Zealand was eventually dismissed for 209 runs in 46.4 overs. The loss ends a streak of 15 successful chases by New Zealand.