Will Ross Taylor Be Retiring? 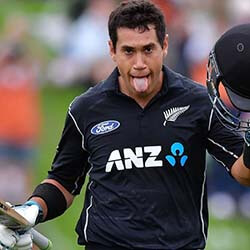 This is the million-dollar question, isn’t it? Following the Black Caps World Test Championship win, Ross Taylor has been contemplating whether or not he should be retiring. While he had previously mentioned that retiring after the recent win was an option, and the world of cricket has been spinning ever since. Taylor had hit the winning run that resulted in New Zealand winning the tournament and recovering from the 2019 debacle that had come before.

Based on Taylor’s own terms, he does not seem to be too interested in retiring anytime soon. When asked about it, he mentioned spending time with friends and family before deciding. The 37-year-old’s age has also been called into question after receiving criticism for his technique during a two-match series against England.

Critics had stated that they felt he was “playing too much across the line” and that his head position was offside. This is a problem that Taylor believes he has had his entire career and that it is not something new.

Taylor has commented on this saying that even if you do things exactly the same as a few years before, you are suddenly doing it wrong because you’re older. He adds that batting at Lord’s can be quite tricky, something few people will understand.

While he does want to continue playing and believes that he still has a lot to give the team, he will be discussing his future with New Zealand Cricket soon. He is, however, content with whatever happens in the next few months.