Windies And Sri Lanka Continue Their Battle In Day 2 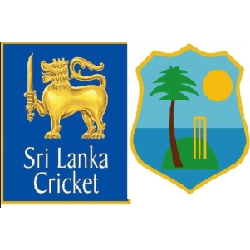 Windies declare a 414-8 score during their second day of the Test against Sri Lanka. Dowrich was the star of the match, having completed his second Test ton by the time it was over, a first for the player.

Moving on from their first Test match, Dowrich turned his last score of 46 into 125 not out, beating his previous Test score of 103, which was against Zimbabwe.

The Windies then went on to reduce Sri Lanka to 31-3, with Kusal Perera knocking the second ball out of the innings, which was bowled by Kemar Roach. Jason Holder accidentally managed to drop Angelo Matthews (11) a ball after he had caught out Mendis. But his atonement came in the form of catching the batsman in the cordon in the final over.

Rain on the day forced a shortened game of only 53 minutes, which caught Holder (40) behind on his mission to end a 90-run stand with Dowrich for the sixth wicket.

Dowrich managed to gain another 102 and 75 along with Devendra Bishoo and Roach before Holder called his side in with only an hour left of playtime.

Sri Lanka’s Lahiru Kumara finished with a total of 4-95, conquering Holder and Roach to his list of day one dismissals, along with Shai Hope and Kieran Powell. Kumara has been at the top of his game thus far in the Test games, and is not showing any signs of slowing down.