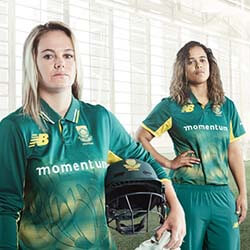 Great news for women’s cricket is that a third major tournament has just been added to the international programme.

The inaugural instalment of the new Twenty20 Champions Cup will be contested in 2027, while the remaining two major women’s cricket competitions have also had their fields expanded.

Announced by International Cricket Council chief executive Manu Sawhney earlier this week, the revised formats will mean more teams being in a position to compete in the qualification tournaments across the T20 World Cup, ODI World Cup, and T20 Champions Cup. The idea behind the increased field is to create more international opportunities for women’s players, explained Sawhney, as well as to give more member countries the opportunity to show their strengths on a global platform.

The ultimate goal is for the ICC to reach its goal of creating more strength and depth in women’s cricket across the international board, said Sawhney on Tuesday.

As for what the revamped tournaments will look like: