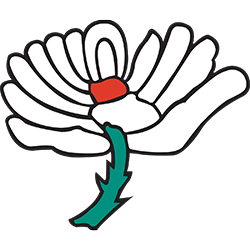 Institutional racism at Yorkshire, so says former U/19 England cricket captain Azeem Rafiq, left him precariously close to taking his own life.  And it’s a revelation that has now caused the English county side to launch a full-on investigation into issues of racism at the club.

When asked during an interview with a major sports broadcaster whether he considered institutional racism to be alive and thriving at the Yorkshire club, Rafiq responded by saying that not only is it alive, but in actual fact, worse that what it’s ever been. Made to feel like an outsider because of his faith and nationality, Rafiq says he “knows” how close he had come to committing suicide during his time playing for the controversial English club. Rafiq played for Yorkshire from 2009 up until 2017.

According to Yorkshire chairman Roger Hutton, who confirmed the information as such via an official team statement, the club has now taken the decision to engage in a formal investigation of those allegations made by Rafiq during the damning interview. Once the basic outline of the course of procession the investigation is about to take has been finalised, said Hutton, investigators will proceed by approaching “impartial” and “external” parties to testify and provide input – this so as to ensure a completely transparent and unbiased outcome.

England skipper Eoin Morgan has however responded to Rafiq’s on-air allegations by declaring himself surprised by the former cricketers account of the events. His surprise, said Morgan, is in particular the result of the diverse variety of players he led to last year’s Cricket World Cup win.