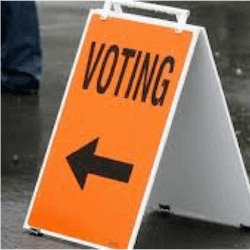 With just over two weeks to go until the general elections, a new poll has shown that the gap between the two parties in widening even further. While it was believed that “Jacindamania” is slowly fading, this week, a Colmar Brunton poll proved to be even more disturbing for the National party.

Last month, the country received a shocking bit of news when a poll indicated that the Labour was ahead of National for the first time in many years, now it seems their lead is growing. Currently, Labour is sitting at 43% while National has dropped below the 40% mark to 39%. Both New Zealand’s first and the Greens party are holding steady on 5% while the Opportunities Party and the Maori Party are level at 2%.

The charismatic Labour leader, Jacinda Ardern has also shown increasing numbers in the preferred Prime Minister poll. She is up at 35% while Bill English had dropped to a disturbing 31%. While the numbers may seem concerning, internal poling and other media outlets believe that the race is slightly closer than what the numbers indicate.

Meanwhile English and Ardern have opened up the third leader’s debate in response to the latest figures. Standing in front of a Ardern-favoured crowd in Auckland, English got the ball rolling with acknowledgment to the resilience of the Cantabrians. He also reiterated that he was not concerned with the oppositions continuing momentum. English believes that once people see past the glitter, they will see that they are being asked to vote for a committee.

A Choice of Status Quo or Radial Change

In response, Ardern said that the election basically comes down to a choice between the risks of sticking with the status quo or taking a chance on hope by voting for change with the Labour Party. The two then clashed over claims that Labour has a $11,7 billon hole in their fiscal plan, a point Arden maintained was a lie.

While the two continue to go head to head, it is clear that New Zealand is ready for a radical change. Whether it comes from within the National Party or whether the newly elected leader of the Labour Party can shake things up, the public will vote with what their gut. Anything can happen in the next two weeks, but for now Jacinda Arden has the hearts of the nation.