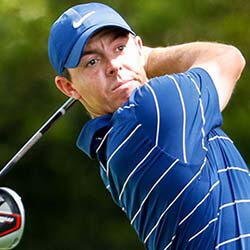 Golfer Rory Mcllroy says whoever wishes to compete in February’s Saudi International should be at liberty to do so. He said the PGA and European tours should not have the right to stop anybody from playing.

The controversial state has encountered great resistance from the European and PGA tours in response to its desire to make an inroad into professional golf. The issue of players being permitted to compete in Jeddah in Feb. will reportedly be tabled for discussion at board level by the European Tour over the coming days.

Mcllroy said this week while he himself isn’t interested in competing on Saudi soil, he firmly believes that those who do should have the right to decide for themselves whether or not to accept Saudi money. He said he views all players as independently operating contractors and as such, people should be able to make a personal call on where they want to compete.

Complicating matters even further is the fact that some players have already signed multi-year contracts to compete in Saudi Arabia. This, said Mcllroy, makes it only all the more urgent for players who are playing a professional game to know exactly where they stand in relation to golf’s overseeing entities.

For Mcllroy, the golfing year draws to a close at the weekend’s Hero World Challenge. The world No. 8 said he considered his year to have been a mixed bag of performances.