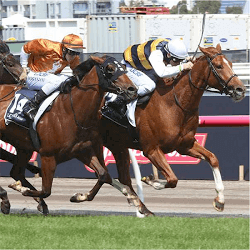 A Look at this Years Hong Kong Cup

The Hong Kong Cup forms a part of the Hong Kong Race day and is run each year at Sha Tin racecourse in December. It was first run in 1988, called the Hong Kong Invitational. To this day it is an invitational race only and horses have to be proven in terms of not only results but earnings as well. This year the race was won by Maurice, a locally trained racehorse that completed the course in 2.00:95, beating off a field of other Group One horses to take the title.

The Cup was only opened to international horses in 1989, and then only to horses from New Zealand and Australia. International horses trained in Europe were admitted in 1990, followed by those from the United States in 1991, and Canada and Japan in 1992. The race has only been won twice as of 2015, by the US bred and Hong Kong trained California Memory. He won in 2011 and 2012, a feat which has yet to be reproduced.

Criterion, a New Zealand bred and Australian produced horse has entered the race three timess, coming a disappointing third the first two times but being  a firm favourite for his third time in 2016. He has had a number of successes on the Australian turf including the Cox Plate and Melbourne Cup.

Maurice won the cup in 2015 and is a favourite to win again in 2016. The bay gelding was Japan’s horse of the year in 2015 and had a very success career so far, winning a number of group one races. If he wins in 2016 he will become only the second horse in history to win two different races at the Hong Kong International Race Day in successive years. The only other horse to achieve that was Jim And Tonic, who won the Mile in 1998 and Cup in 1999.

The Hong Kong Cup does not always go as planned with horses sometimes defying the odds placed on them not only by bookies but by members of the public too. In 2015 A Shin Hikari, a Japanese trained horse beat out all the favourites to come first and win the Cup in 2015. He ran three lengths ahead for most of the race and eventually finished a 38 to one outsider by a length, ahead of the filly Novo Record.

Three New Zealand horses have won the cup since 1989. These were Kessem, Grey Invader and the New Zealand bred Romanee Conti. Kessem won in 1990 after a string of wins in New Zealand and Australia. The bay was by Balmarino who in turn was by Trictrac. Oddly enough Kessem had no really notable sires in his sire line, or his dam line, which goes to show that breeding isn’t everything.

Grey Invader was a grey horse that won the cup in 1989 with odds of 73 to one. He is the longest odds winner of the cup to date.

Romanee Conti is the third horse from New Zealand to have entered the Hong Kong Cup. The mare won in 1993 after winning the 1992 Emancipation Stakes and Queen Of The Turf Stakes.  She died in 2016 having produced the winning racehorse Ethereal.

2017 could see another Kiwi born and bred racehorse takes the title, and we’ll have to wait and see what the next Hong Kong Cup brings about.