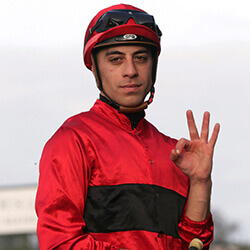 New Zealand jockey Aaron Kuru has recently picked up the ride with Spying on You during the $350,00 Grand National Steeplechase that took place at Ballarat. Kuru will be joining fellow New Zealand riders Will Gordon and Shaun Phelan, where the three will take place in the 4500m jump tests.

Phelan will be riding Kiwi-trained Monarch Chimes, and Gordon will be holding the reins of England-based John Monash. Both Phelan and Gordon had previous engagement that they needed to attend before the Steeplechase, but Kuru arrived early, ensuring that he would find a place on the track.

Spying On You finished in third place in the Grand Annual Steeple that was held at the Warrnambool May Carnival, and is the last-start winner at Gawler. Gordon was originally meant to be riding John Monash’s stable-mate, I’ll’Ava’Alf, the last-start Warrnambool winner, but instead opted for Monash.

The Grand National has officially attracted 12 acceptors to date, including three-time winner Wells with a top weight of 73.5kg. Ballarat jockey Richard Cully will be riding Wells for the Steeplechase.

Steve Pateman will also be returning after he rode Bashboy to two of the three Grand National Steeplechase victories that Pateman has earned in recent years. Pateman will be riding Sea King this year, trained by Patrick Payne.

The Grand National will be the sixth event an an all-jumps six-event program that will be taking place in the mid to late afternoon, and will include the JJ Houlahan Hurdle.