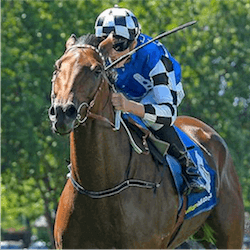 In 2015, Prince of Penzance put Warnnambool and trainer Darren Weir on the map by winning the Melbourne Cup. This year, his stable mate, Big Duke could be doing more for Weir at the 2017 Sydney Cup. Trained at Warrnambool stables, Big Duke beat out frontrunner Aloft in the Chairman’s Handicap race held at Randwick last Saturday.

Following his two-lengths win, Big Duke was immediacy installed a favourite for the prestigious $2 million Sydney Cup this Saturday. After carrying a hefty 58kg in the Chairman’s Handicap, the five-year old drops to a weight of 51kg for the group 1 feature. The Sydney Cup is a Group 1 handicap race held over a distance of 3200 meters. In 2016, the race was won by Gallante. It is the only 3200-meter race to be held at Randwick each year.

According to Weir’s stable foreman Jarrod McLean, Big Duke has been improving over time. McLean said that Weir had set the Sydney Cup as the main goal for Big Duke a couple of month’s back. Having won five of six, McLean feels that he was a bit unlucky coming runner up in the Hobart Cup. Speaking about the Warrnambool stables, McLean said the horse had been thriving ever since he arrived.

Another Warrambool stable favourite is Planentino who ran fourth in the Doncaster $3 million Handicap at Randwick. Voodoo Lad, his stable mate also did well coming in fifth in the T.J. Smith Stakes $2.5 million race. On the other side of the scale, Ruthven took fourth in the $2 million BMW Australian Derby. Trained by Ciaron Maher, Ruthven finished just two lengths behind Jon Snow in the classic 2400 race. So far Ruthven has collected money in six of his seven starts. The Maher stables also had a good run with Here to winning in Adelaide.