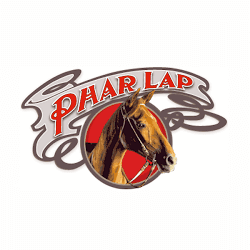 As the year comes to a close it’s the perfect time to take a look at the horses that made racing in New Zealand what it is today.

Horse Racing in New Zealand dates back hundreds of years to when it was brought over by English influence. On the mainland in England, the Sport of Kings had taken off to massive popularity with thoroughbreds being bred exclusively for the sport. The English thoroughbred was still a new breed, although some huge names had already started to become known.

In New Zealand the sport was starting to become just as popular, with many people flocking to the races each week to place a wager on their favourite pony. The New Zealand Racehorse was becoming as successful as those being bred in England and were even being shipped all over the world to compete against their cousins in far off lands. Two main names of New Zealand thoroughbred captured the public’s hearts and imaginations over time, with each one leaving a long lasting legacy.

Gloaming was a dark bay gelding foaled in 1915 in Australia. He was sold as a yearling in 1916 for 230 guineas, ending up in the Canterbury Region, New Zealand. From there Gloaming grew up and was trained purely in New Zealand, crossing the Tasman Sea many times to compete, and soundly beat, Australian thoroughbreds.

Gloaming had sixty-seven starts, winning 57 of those. Thirty-nine of them were principal races. The only other times he placed was when he came second 9 times. Gloaming fell only once in his entire career, which resulted in a scratch. When he retired he was the leading Australian racing stakes winner at nine years old, and still pretty much unbeaten. He was the first horse to defeat the great mare, Desert Gold, over a mile and he still holds the Australasian record of 45 seconds for four furlongs. He jointly holds the Australasian record with Black Caviar and Desert Gold of 19 successive wins.

When Gloaming finally ended his career at his owner’s property at Teviotdale, he was the leading stakes winner in Australasia with fifty-seven wins and over 40 thousand pounds in prize money. Gloaming was one of five original horses to be inducted into the New Zealand Racing Hall of Fame, along with the other four turf super stars; Carbine, Kindergarten, Phar Lap and Sunline. The Group Three Gloaming Stakes, run at Sydney’s Rosehill Gardens Racecourse, is named in his honour.

Phar Lap was one of the most legendary New Zealand racehorses of all time. He competed during the great depression and became an inspiration and a distraction for people all over the country. He was born in New Zealand, but dominated Australian racing during a distinguished career, winning a Melbourne Cup, two Cox Plates, an AJC Derby, and 19 other weight for age races. He then won the Agua Caliente Handicap in Tijuana, Mexico, in track-record time in his final race. Phar Lap died in 1932 very suddenly. At the time, he was the third highest stakes-winner in the world.

It was only in 1980, after examining his heart which is still on display at the National Museum of Australia, Canberra, that is was realised that the champion was poisoned with arsenic, possibly by the American Mob to prevent him from beating US horses. Today, his mounted hide is displayed at the Melbourne Museum and his skeleton at Museum of New Zealand Te Papa Tongarewa. He has had a number of things named after him, including a song, many movies, books, statues and the Phar Lap Stakes.

2017 could see more New Zealand horses enter the record books when competing in a race named after one of these two legends, and the sport continues to grow from strength to strength.