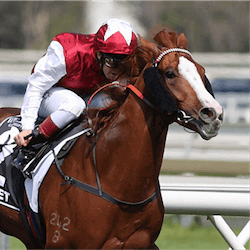 Kris Lees is sure that the All Aged will see Le Romain at his finest. The trainer from Newcastle is positive that Le Romain will be able to finish his campaign this autumn with a win in the All Aged Stakes set to take place this coming Saturday at Randwick.

The 4-year old animal has managed to win the Canterbury Stakes, and was a runner up in the George Ryder Takes to Winx, before he failed as favourite in the Doncaster Last Start. Lees then sent Le Romain to rest up at his farm, and has stated that he looked good to take on his competitors in the weight-for-age 1400 metre upcoming race.

Lees has stated that although Le Romain is a 2-time Group 1 winner at the mile, the 1 400 metres could well be his “best trip”, thanks to the fact that he has a high cruising speed. Lees went on to say that the horse’s Canterbury Stakes win showed his strength around races of this kind of length.

Lees has said that Le Romain is able to sustain for just over 1 400 metres, and that this fact makes the horse a very difficult one to best. He spent 4 days on the farm after the Doncaster, and this chance to freshen up has him looking great. Lees stated that he was positive that the horse would not only run on Saturday, but that he would run well, and that he had every hope of a win.

The Best of the Best at the All Aged Stakes

Hugh Bowman is set to ride Le Romain in Saturday’s race, and he will also be riding Invader, the Champagne Stakes favourite, which he hopes will add another Group 1 to his Sires triumph.

The All Aged Stakes is set to bring together the very best of the Doncaster and TJ Smith also-rans, with Spectroscope, Arod, McCreery, and Redkirk Warrior most probably coming out of the big mile.

Godolphin’s trainer, John O’Shea, has stated that they will be looking at the conditions of the field, but that it is more than likely that Spectroscope will be taking part. David Hayes, however, will only be running the Newmarket Handicap victor Redkirk Warrior if the track improves. Hayes has said that the distance will suit Redkirk Warrior wonderfully, but a firmer track would be required in order for the horse to give his best.

English Will Defend Her Crown

English, the TJ Smith runner-up, will be there, defending her year-old All Aged Stakes crown, but Black Heart Bart, the runner-up, could well be heading to Sydney, as his trainer, Darren Weir, another one that is monitoring the track conditions as they are affected by the dismal downpours predicted.

If you want to bet on the All Aged Stakes or on Good Friday racing at Ascot, Sportsbet is offering some excellent promotions. The Good Friday racing offer covers Ascot Races 1-3, and if your horse runs 2nd or 3rd, you’ll get up to $50 back in Bonus Bets.