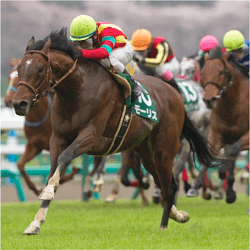 Past and Present Winners of the Hong Kong Cup

The Hong Kong Cup is run each year at the end of December in Hong Kong and it attracts horses from all over the world. Historically there has been only one Australian winner, State Taj, although there have been many hopefuls. New Zealand has fared better than Australia, with three winners and a number of placings.

The Cup was granted Group One status in 1999, and was increased to 2000 meters, making it a staying race rather than a sprint. A number of other races happen on the same day as the Hong Kong Cup, forming the Hong King International Race day. The Cup is run at Sha Tin racecourse, which is the most famous racecourse in Hong Kong.

Now known as the Cathay Pacific Hong Kong Cup, it is the richest turf race in the world being worth over 20 million dollars. It was first called the Hong Kong invitational in 1988 and still remains an invite only race.

State Taj was an Australian horse that won the Hong Kong Cup in 1994. The Cup was upgraded to Group two status in that year and was opened to international thoroughbreds. State Taj won the race out from under a number of local and international horses, much to the bookies surprise and non-favourable odds. He has been the only Australian bred horse ever to win the Cup, despite a number of Australian attempts.

Maurice won the 2015 Hong Kong Mile, and took home the title in the Hong Kong Cup in 2016. He is the only horse since Jim and Tonic to have won two Hong Kong at the Race Day in a row. Maurice is a five-year-old stallion who has had 17 starts and was Japan’s horse of the year 2015. He is trained by Noriyuki Hori and has an international rating of 124. Ryan Moore, who has ridden a number of horses to victory, rode Maurice. He likes to race off the pace, usually in a midfield position before coming up to beat the rest of the field on the home straight.

Criterion is a contender for stayer of the year 2016. This year was the chestnut gelding’s third trip to Hong Kong, although none of them have been particularly successful so far. He has won a number of races in Australia as well as taking on races in Dubai and the UK. Although he is already five years old, the gelding has a proven track record.

Designs on Rome was the winner of the Hong King Cup in 2015. He is known as a freakish galloper and is Hong Kong’s horse of the year 2016. The 6-year-old gelding has had a long racing career with 31 starts, six of which were wet tracks. He has four Group One wins to his name already, preferring long races that sap the stamina of other horses.

These horses have all made history, and have contributed to making the Hong Kong Cup the prestigious race it is today.