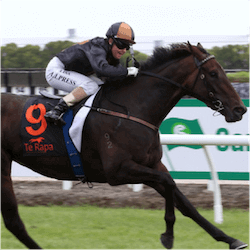 Valley Girl proved herself a winning horse on both New Zealand soil and over the Tasman Sea in Australia. She has run and won a number of races, including some Group Ones. The Kiwi mare has run against the likes of Single Gaze and Sofia Rosa and looked set to become a top Group One horse for trainer D Logan and C Gibbs. The filly was only in her second season racing, and only half way through that too when she was injured and could no longer compete. Rumours of her retirement were rife and its now been confirmed will be put to a stallion and live out her days as a broodmare.

Valley Girl was set to enter the Mafki Challenge stakes at Hastings at the end of August in 2016. She started well, but then began failing and trailing behind the other horses. A vet check after the race to determine the cause of her lack of performance confirmed the worst. She had a radial fracture of the bone between her knee and shoulder in her front leg. Although this is not a life threatening injury for a horse, such as fracturing a knee is, she was taken off the track and her future looked uncertain as it seemed her racing days were over.

Valley Girl was box rested, which means kept in a confined space to limit movement and allow the one to heal. After that, she was allowed short walk on a lead to build strength but it was clear she’d never race again.

Eventually, she will turned out, and sent to stud where she is set to have a number of foals. It is uncertain yet which stallion she will be sent to, but stallions in Australia without any Danehill blood will be looked at. This is due to there being many Australian horses with the Danehill Danzig bloodline, and although proven, could end up saturating the gene pool and cause inbreeding. Valley Girl herself has a lot of Danehill blood in her, so crossing with a Danehill stallion is not ideal.

Her trainers and owners, although disappointed, were very thankful that she ended as she did. The radial fracture could very well have gone unnoticed and possibly resulted in an entire shattered leg if she had raced again. A shattered leg is definitely not something a horse can come back from, in any form. As it was the filly trotted happily after the race, amazingly showing no lameness at all. By having her x-rayed and averting disaster before it happened, the trainers and vets could very well have saved both her life and the life of a future jockey.

Many punters wagered on Valley Girl throughout her career. She has been lucrative not only for her trainers and owners, but for punters backing her too. Although she has not placed in all of her races, she has come up tops in enough to make her worth backing. Her odds have been on the medium line too, which means that a payout on a win was substantial. Her retirement was unfortunate, but as she will be bred there’s hope she could birth a future champion.