Ricky May Talks About Dying on Live TV 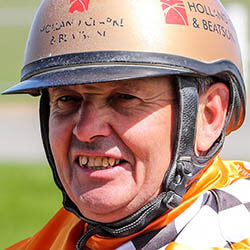 Ricky May, the Champion Harness Racing driver, is unusually lighthearted about how he died on live television last Thursday. He has to control his laughter, however, because the guardian angel horsewoman who stepped in to save his life broke a few of his ribs while she did so.

The Racing world was left reeling when May collapsed mid-race while driving A G’s White Socks in the NZ$30 000 Central Otago Cup at Omakau, falling on to the track when his heart stopped. The thousands of spectators enjoying the event live and via television feared the worst and, initially, they were right to do so. Ricky May was dead.

Speaking from his bed in Christchurch Hospital, May stated that the Dunedin Hospital doctor told him that he had perished. He’s not certain for how long, but it’s estimated that it was for about 10 minutes. The driver says he doesn’t recall anything from this part of the day. He said he remembers driving a winner two hours before the incident and then he woke up in the hospital surrounded by his family two days later.

After piecing together information from the doctors attending him and those first on the scene at the track, May now knows that his heart wasn’t beating when Ellie Barron, a fellow driver, rushed to his side. Barron is a trained physiotherapist and immediately started CPR, working so furiously to start his heart again that although she broke his ribs she also may have saved his life.

He’s adamant that he’ll be back in the sulky as soon as he’s able.