Rosie Myers Out Of Coma And On The Mend 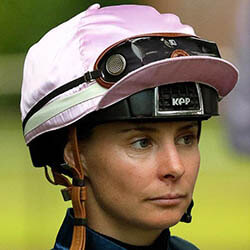 Rosie Myers, the New Zealand jockey injured during a fall at Foxton a couple of weeks ago, has been brought out of her induced coma and has undergone surgery, husband William Fell has reportedly confirmed.

Myers’ surgery involved the fixing of facial fractures. She has also now been moved out of the hospital’s intensive care unit and though Fell said her face remains swollen and sore, the champion central districts jockey is according to all indications, positively on the mend.

Myers was at the time of the fall competing at Foxton, on October 6. Her injuries were sustained after she fell from her horse. Her horse is believed to have been kicked by another horse trailing behind her in the trials event. She was immediately transported by air to Wellington Hospital.

Support has since the incident been streaming in from all over the racing industry. Myers’ illustrious career includes her having ridden 650 winners ever since she first began competing at top levels during the 2006-07 horse racing season. This was after she had started out as but an amateur rider. The celebrated jockey furthermore comes from a family of strong riders and prominent horse racing people. Her sister Kelly enjoyed a successful jockey career, and uncle, Kevin Meyers, is one of New Zealand’s best-known trainers.

The injuries at Foxton will not have been the first sustained by the celebrated rider. Myers in 2017 broke her leg in an incident that took place at the starting gates during that year’s Wanganui jump-outs.