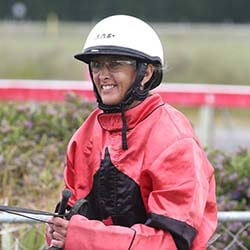 Wigg in July had a total of three horses banned from their respective races at Alexandra Park’s Auckland Trotting Club. Investigators of the sport’s Racing Integrity Unit had apparently on race day witnessed Wigg administering a substance to one of the horses.

Wigg later admitted to having administered a mixture of glucose, turmeric, and water, to one of the horses via a large syringe. She claimed that two more horses had ingested the same solution from a drinking bucket. While the solution did not constitute a banned substance, Wigg remains in the wrong.

The Racing Integrity Unit furthermore expressed concerns over the driver’s ongoing involvement in the industry while the issues surrounding the administration of substances on race day were being investigated. A recommendation was also made that Harness Racing New Zealand suspend Wigg’s licence with immediate effect.

Wigg has in the meantime expressed disappointment over rumours tarnishing her good name on social media. She explains in a statement how the ordeal has “rocked” her and her family’s lives, while even leading her to question why she had become involved in harness racing as a sport in the first place.