Stephenstihls in with a chance at NZ Derby 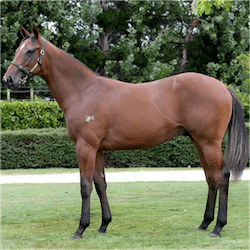 Could Stephenstihls Find his Form at the NZ Derby?

With the Auckland Cup Week just around the corner, punters will be turning their attention to first race of the Month, the $1 million New Zealand Derby held at Ellerslie Racecourse in Auckland. While the race is sure to attract a strong field, trainer Mike Breslin feels that punters have completely underestimated his chances on Saturday. Breslin will be represented by three-year-old Gelding Stephenstihls who will be ridden by Haden Tinsley.

Speaking to the press, Breslin said that his $60 horse is far better than what the odds are predicting. While he admits that there are going to be classier horses in the Derby, he is fully confident that Stephenstihls will run out the full 2400 meters along with the rest. Breslin continued saying that jockey Haden Tinsley feels the same way and is confident that the horse will have no trouble with the distance.

Breslin purchased Stephenstihls as the son of Smart Missile for a cool $220,000 at the Yearling Sale. Since then, he has completely changed focus on where he wants to be. Breslin said that he bought the horse as a Karaka Million two-year-old, but he realised that he was never going to get there. As an early three-year-old, the trainer had a look at having him ready for the 200 Guineas but decided against it.

Sacred Elixir Back in Blinkers

In October last year, Stephenstihls recorded a second to Hall of Fame in the Zacinto Stakes. His performance continued to improve winning a double win at the Trentham. Since then, Brenslin has only given the Gelding two starts. The first at Ellerslie in the Karaka Mile and the second at Woodville 2100 meters placing fourth to Irish Chat. Breslin was going to give Stephenstihls a run in the Avondale Guineas but decided to go with the Karaka Million to suss out the track at Ellerslie.

Meanwhile Sacred Elixir trainer Tony Pike has decided that the blinkers will go back on for Saturday’s race. The decision was made in a bid to try and give the horse the improvement it needs to win the $1 Million race. Sacred Elixir had not run in blinkers since failing to place in the Caulfield Guineas but has since shown good form with blinkers at Ellerslie. Pike is looking for successive Derby Victories with after producing a win with Rangipo in 2016.