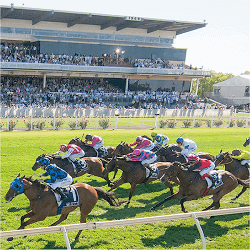 TABtouch Perth Cup Day Traditions to be Celebrated in December

The Perth Cup has a rich history of entertainment for the Australian horse racing community. Historically, this iconic horse race was first run in 1887 over a distance of two miles, had 11 yards added for 15 years, and then changed back to the 2-mile distance. Then, in 1972, to make things interesting with the adoption of the metric system, the Perth Cup was altered to become a 3200m race. All this changed again in 2009, when the race was chopped to 2400m as organisers realised this would encourage a higher quality field. So, despite the longevity and traditions of the TABtouch Perth Cup Day event, the race itself has changed quite dramatically.

For all those punters aiming to make good at this major event on the Perth horse-racing calendar, there are two key races directly related to the TABtouch Perth Cup that should be seriously noted. The first of these, the C B Cox Stakes, is run over 2100m a mere two weeks beforehand, and has turned out to be a remarkable excellent indicator of Perth Cup success with Cats Fun (2008), Palatious (1994), Mirror Magic (1992) and Saratov (1989) all taking the Perth Cup after winning the C B Cox Stakes.

In similar fashion, the second betting tip that punters should heed, is that the Perth Cup itself is a precursor to the WATC Derby that is run over the same distance on the same course in early April, and performances are naturally closely related.

Apart from successful horse betting, TABtouch Perth Cup Day is an entire horse racing celebratory event. As it turns out, the second such event in 2016, since the first one was held on the 2nd of January. The upcoming TABtouch Perth Cup Day is scheduled for the 31st December, and will be a sensational horse racing day, starting at 11:00 am and ending at 8:30 pm, well into New Years’ Eve.

On the final day of 2016, the horse racing community in Perth are going to be treated to the Group Two $500,000 TABtouch Perth Cup as well as the Group 3 La Trice Classic. The venue will be the Ascot Racecourse, and punters are set to end the year with a full day of sun and racing, lighting up the racing and social calendar with thoroughbred racing, plenty of betting options and evening entertainment provided by the The Presets. A perfect ending to 2016.