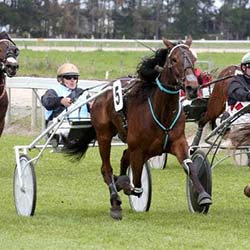 A pair of top and prominent harness racing drivers have been suspended from competing for eight weeks after failing pre-race alcohol tests earlier this year.

Robert Butt and Blair Orange were both discovered to be over the permissible limit at a January 24 Banks Peninsula Trotting Club meet. The meet took place at the Motukarara Raceway, which is situated just outside of Christchurch. Both men were set to drive in several races planned for the day, but were stood down and replaced with alternative drivers. Charges have since been filed with the sport’s Judicial Control Authority (JCA).

This will have been the second time Butt, who is also a harness racing trainer, was found to be over the legal alcohol limit as prescribed by the sport. He reacted to the outcome of the test by telling investigators that he had attended a social get-together the night before, but that he had made sure to finish drinking at midnight. His first run-in with a similar transgression happened in 2016.

According to the JCA’s verdict, Butt had shown himself to have a definite problem with the use of alcohol, and this despite his own belief that he understood its effects. The decision also indicated that Butt had agreed to undergo counselling. He will not be permitted to race again until the end of racing on March 28.

While Orange’s JCA decision has not yet been published, Harness Racing New Zealand has confirmed that his term of suspension will extend up to and including April 5.

Both men have been ordered to pay fines to the JCA.