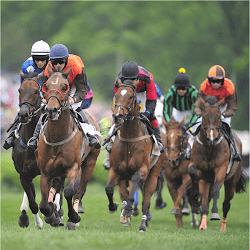 The Wallaceville Estate Wellington Cup Day is set to take place on the 21st of January 2017, and will include the forecourt’s Fashion Stage.

This race is the meeting place for the finest horses in New Zealand, all competing for the most important horse racing trophy in that country. The thrilling action provided by the races is set against a background of glitz and glamour, with high fashion making this event the Wellingtons race calendar’s highlight.

While all the times are yet to be confirmed, approximations are available, with these including:

The total number of races is ten, and the gates will be opened at 10h30. Hospitality and bar services will commence at 11h30.

The Fun Continues Off the Track

Spectators will be able to take in all of the sights and sounds that the Trentham Racecourse has to offer, including some of the finest fashion, thanks to the Rydges Wellington Fashion in The Field. You will be able to take advantage of a number of different hospitality packages, or just relax and enjoy the electric atmosphere that pervades the Wallaceville Estate Wellington Cup each year.

There are a range of admission charges on offer for those interested in attending the races:

Feel the Rush, the Group One New Zealand Oaks placegetter has joined the Highclere Stable with Ciaron Maher and David Eustace. But as sad as Kelvin Tyler may be about ….

Ricky May Talks About Dying on Live TV

Ricky May, the Champion Harness Racing driver, is unusually lighthearted about how he died on live television last Thursday. He has to control his laughter, however, because the guardian angel ….

Surgeons started a second operation on Roaring Lion, the horse of the year from last year that has been sick with colic. The colt, who was trained by Newmarket’s John ….

18-year-old Cade McCutcheon found himself being cheered on by the entire audience in the Johnson Controls Indoor Arena at the FEI Equestrian Games. McCutcheon, who hails from Aubrey, Texas, along ….

Twelve-year-old Sea King saw victory at the E-Cycle Solutions Grand National Steeplechase after running down his biggest opponent, Spying On You. The final stride of the event at Ballarat proved ….