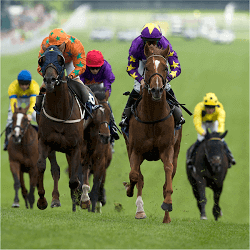 New Zealand’s thousands of avid horse racing fans don’t have too much longer to wait before they can enjoy the action on the 2017 Wallaceville Estate Wellington Cup Day. It takes place on Saturday, January 21, also known as Super Saturday, in the middle of three consecutive Saturdays of racing that make up the Wellington Cup Carnival. The Interislander Summer Festival Family Day wraps up the racing action on Saturday, January 28.

It promises to be a great day out for punters and their families, with lots of fashion, food and drinks, and entertainment off the track as well. The Wellington Cup, with a purse of $250,000, is the premier Group 2 thoroughbred race hosted at Wellington’s Trentham track. This is despite the fact that the original gruelling two-mile/3,200m distance was shrunk to 2,400m after the race lost its Group 1 status in 2009, in the hopes of attracting better fields.

It will be followed by the JR&N Berkett Telegraph, a 1,200m race that also has a purse of $250,000, making it New Zealand’s richest sprint. So the first two races of the day have lots to offer online sports betting fans.

An Early Look at Potential Bets

There are still 42 horses nominated for the 2017 Wallaceville Estate Wellington Cup, so betting fans may want to wait for the final field before committing to any wagers. However, if they do make it onto the final race card, here are some options to consider:

The 2016 winner, surprise English outsider Mister Impatient, lived up to his name and robbed second-favourite and leader for most of the race Pentathlon of the crown by a nose. The 7-year-old gelding is back in form after an injury break, so many are hoping he’ll repeat the performance in 2017. But 5-year-old gelding Jacksstar is coming off a spectacular win on the Manawatu Cup, so he’s also a strong contender. Trainer Gary Vile reckons he’ll be the fittest horse in the race.

Fanatic, a 4-year-old mare, is also in great form for the summer, running clear of the field for the final 200m of the Dunstan Feeds Championship Qualifier and showing great potential. Another gelding worth a punt in the Wallaceville Estate Wellington Cup could be 6-year-old Balham, who seems to be in top form since he began racing with a tongue tie.