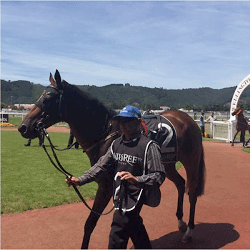 In New Zealand, horse racing is certainly one of the biggest betting markets. For local punters, the locally based New Zealand and Australian races offer the perfect opportunity to place multiple bets right in their own back yard. For many racing enthusiasts, the Wellington Cup Carnival is the ideal opportunity to get in on the action. Held every year in January, the carnival encompasses a total of three racing days including the Wallaceville Classic (Super Saturday), the Wellington Cup day and finally the Interislander Summer Festival Family Day.

While each race day offers a full racing lineup, it is the Wallaceville Estate Wellington Cup Day that is the absolute highlight of the Carnival. In 2017, the Wellington Cup will be held on Saturday the 21st of January at Trentham Racecourse in Trentham. The race is considered to be the jewel in the crown of the Wellington Racing calendar. It is a race where the best horses in New Zealand compete for the country’s most prestigious racing trophy, the Wellington Cup.

The Origins of the Wellington Cup

In 2009, the Wellington Cup lost its Group 1 status. The Racing Club responded by immediately reducing the distance to 2400 meters in a bit to attract a higher quality field. Today the race is considered to be one of the most prestigious group 2 races in the country. The 2017 Wellington Cup will have a total purse of $250 000. There will be a total of 10 races of the day starting at 10am. The race day is also an event where both ladies and gentlemen dress up to impress. Fashion events are held on the day with prizes for best dressed. The racing day also offers live entertainment, and activities throughout the day.