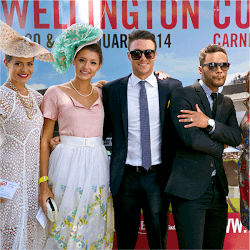 In New Zealand, the Wellington Cup Carnival is considered to be one of the highlights of the racing calendar. Held over a period of three weeks, each race day offers punters plenty of opportunity to place multiple bets on each race. Next year, the 2017 Wellington Cup Carnival will kick off on Saturday the 14th of January and end on the 28th. There are three notable racing days in the carnival including Super Saturday, the Wallaceville Estate Wellington Cup Day and finally the Interislander Summer Festival family fun day.

With the 2017 Wellington Cup Carnival just around the corner, we take a look back at highlights of the 2016 Carnival and the horses that stood out. On the first day of the Carnival, Super Saturday, there are two major races that capture the attention of the racing public. The first is the Group 1 Randwick Meats Levin Classic. Originally conceived in 1981, the Levin Classic has grown to become one of the most important Group 1 races for any aspiring thoroughbred. In 2016, it was    Dukedom who crossed the finish line first. Trained by Steven Cole, Dukedom claimed victory with Lisa Allpress in the saddle.

The second major race that took place on Super Saturday was the Group 3 Mills Reef Winery Trentham Stakes. Run over a distance of 2100 meters, the Trentham Stakes is one of the highlights of the Carnival. In 2016, the Trentham Stakes was won by Nashville, who edged ahead down the straight to claim victory with Rosie Meyers in the saddle. The trainers responsible for Nashville included Adrian & Harry Bull.