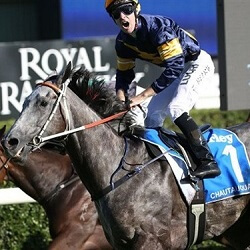 Chautauqua has had a distinguished horse racing career, but he has arrived at a crossroads, and it could go either way. The eccentric horse once again refused to jump away at the Rosehill Gardens barrier trial, which took place on Thursday.

This is the third strike for Chautauqua over the course of this preparation, and Team Hawkes is trying to remedy the situation by sending the horse to Melbourne. They hope that a change of scene will sort out the gelding’s sudden issues with barriers.

Will the Grey Flash Race Again?

The Grey Flash, as Chautauqua is also known, is known to be quirky, but this refusal to leave the barriers is strange for a horse as experienced with racing as this one is. John Hawkes, he of the Hall of Fame, who co-trains Chautauqua alongside his sons, Michael and Wayne, has no idea what to make of his animal’s strange behaviour.

Hawkes made no comment regarding the matter, except to confirm that Chautauqua is headed to Melbourne, where he will have a jump-out on the 16th of March. The horse will need to trial twice to the stewards’ satisfaction before he can race again, in a jump-out and a formal barrier trial.

The Hawkes Team is hoping against hope that Chautauqua will be ready to resume his racing career when the Group 1 William Reid Stakes take place, set for Moonee Valley on the 24th of March.