Winx Adds To Her Legendary Status 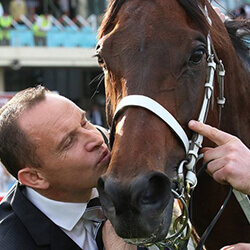 Racehorse Winx already has a status that many would call amazing, and some would even refer to as a legendary. But Winx, apparently, wanted to raise the stakes, and lift her reputation to even loftier heights. In a move that most would say was not unexpected, the plucky horse managed yet another win at the Randwick Racecourse in Australia.

This makes the 25th straight win for Winx, in the confines of the Group 1 Queen Elizabeth stakes. The near miraculous run puts Winx at tied for the title of the most successful racehorses in Australian history. Barring some sort of fluke loss at this point, Winx will almost certainly be crowned the racehorse all-time champion later this year. Needless to say, horse enthusiasts around the world are holding their breath.

The previous record holder, who Winx is now tied with, was Black Caviar. Black Caviar got a reputation racing in England. Winx has not travelled abroad, but has managed to outdo Black Caviar with entirely local races. Notable, however, is the differences between the two horses. Black Caviar was all but entirely a sprinter, winning races with comparatively short distances. Winx, on the other hand, seems to come up on top with longer races, with far more distance to cover.

Wintertime is hitting Australia, and Winx will be given some time to rest, while the weather is chilly. But when springtime comes round again, Winx will be back to racing, and, hopefully, beating the all time record for consecutive wins.