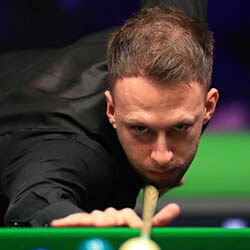 Judd Trump has won the International Championship and cemented himself as the best player in the world at the moment after beating Shaun Murphy 10-3 in a stunning victory. The new world champion and world number 1 has hardly had any trouble throughout the tournament that took place Daqing and cantered to victory over the Magician on Sunday.

The 29 year old started with a 5-0 lead by the time things were underway, with breaks of 104 and two of 58, before Murphy was able to put a stop to his struggle in the sixth. The underdog player seemed to be making a game of it when he managed to get the scoreline back to 6-3 by the end of the first session, but it didn’t get any better for Murphy.

Trump made his return for the second session, rattling off breaks of 80, 63, 102 and 62 to wrap up the victory with very little visible effort.  It has been a brilliant 2019 season for the Bristolian who adds the International Championship title to his World Championship, Masters and World Grand Prix victories for this year alone. By reaching the quarterfinals in Daqing he was able to advance to the top of the world rankings, but with the huge £175,000 top prize, the player has now grounded himself as the world’s best, and it will be difficult to topple him from his throne. It also marks the English player’s first event since winning at the Crucible.

Shaun Murphy Out of UK Championships

Former champion Shaun Murphy, along with world number 12 Ryan Day stunned onlookers as they lost to first-year professionals during the second day of the first set of rounds at ….