Shaun Murphy Out of UK Championships 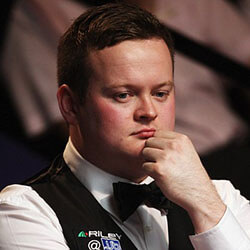 Former champion Shaun Murphy, along with world number 12 Ryan Day stunned onlookers as they lost to first-year professionals during the second day of the first set of rounds at the UK Championship.

Murphy, who won in 2008, led Chinese Chen Feilong 3-1, but the player quickly changed things up after winning five frames in a row to progress further in the tournament. Alongside Murphy, Welsh player Day lost 5-2 to Joe O’Connor. Three-time winner John Higgins, and Masters champion Mark Allan, as well as 2015 world champion Stuart Bingham have all moved safely to the next round.

But things weren’t as successful for Murphy, who lost to world number 124 Chen, which became the biggest upset of the tournament so far. Murphy told reporters after the match that he didn’t see it coming, and that Chen had played well and deserved the win.

Ryan Day was another surprise loser as the 38-year old struggled throughout a match that only produced three breaks of more than 50. His opponent, Leicester’s O’Connor, who only turned professional earlier this year, is making his third appearance at the tournament, and showed few nerves as he took the victory from Day. He commented after the game that he was overjoyed, and that he played well and took the biggest win of his career.

Judd Trump has won the International Championship and cemented himself as the best player in the world at the moment after beating Shaun Murphy 10-3 in a stunning victory. The ….