The Dota 2 International Kicks Off 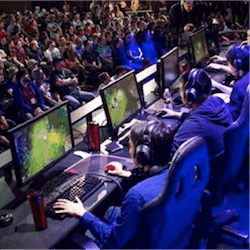 Opening Day Of The International 2017

Both teams powered through the TI7 group stages with Team Liquid ending with a 13-3 record and Invictus Gaming ending on a 10-6 record. At the opening of the international however, Invictus Gaming started the game aggressively, using their player Ye Zhibiao to essentially roam and support his team, striking Team Liquid from the trees whenever an opportunity knocks.

The day concluded with Digital Chaos facing off against IG-Vitality. Despite both teams having a pretty lacklustre match, Digital Chaos managed to beat the Chinese team.

The second day saw two former champions clash. Evil Geniuses, the 2015 World Champions squared off against the 2014 champions, Newbee. Evil Geniuses were very much the favourites for the match but successive unnecessary mistakes cost them the win, ending the match 2-0.

EU based team, Team Secret who have recently updated their squad line-up, have had a great season so far. Their new team composition balances out the wrinkles in their old team setup. This led them to trampling their Filipino rivals on the day, Execration.

Cloud9 surprised no one in their match however. The underdogs put up a good fight but they stood no chance against the technical competency of Russian side, Team Empire.

South American Dota 2 team, Infamous, certainly lived up to their name this week. They featured the 16 year old prodigy, Enzo Gianoli but they were up against OG, a veteran team in the circuit.

Despite OG having been quite unimpressive in their last events, they easily steamrolled Infamous.

Fans were speculating last week on what the final prize pool for The International 2017 will be after it was announced that the event will have a unique way of compiling the prize purse.

Portions of sales of Blizzard’s Dota2 titles would go to building the prize pool more and more. A few weeks ago it was standing at over $20 million. As the event kicked off this week the final prize pool was announced at $24 million.

This immense pool is a nearly $4 million increase over last year’s pool. Not a bad growth rate when you consider that when the event started in 2011, the prize pool was at $1 million.