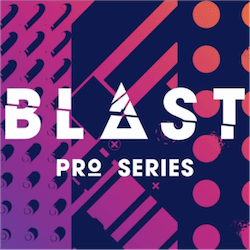 The BLAST Pro Series was set to be one of the most exciting CS:GO e-gaming events of the year, and it more than lived up to its hype.  Held in Copenhagen, Denmark, the shortest Counter-Strike: Global Offensive tournament of its kind, saw team SK Gaming defeat Denmark’s finest to claim the championship title and be crowned reigning champs, despite the thousands of screaming fans roaring in favour of the home team.

The day started out with a buzz of activity as each team competed in a round of best-of-one group matches. Home team Astralis and SK Gaming emerged at the top of their respective groups along with other world-class competitors including North, Ninjas in Pyjamas, G2 Esports and FaZe Clan. The group leaders then played in a best-of-three elimination series that consisted of Inferno, Mirage and Cache. SK Gaming and Astralis came out ahead and competed in the grand finals of the single day event.

In the first map, Mirage, both teams used their Terrorist sides to dictate the pace of the game. From the outset though, it seemed Astralis had the upper hand. Completely outperforming their Brazilian opponents, team Astralis concluded the first map with a 16-11 advantage, much to the delight of crowd. SK Gaming kept their tournament alive though with a 10-5 start in Inferno. Their outstanding Terrorist start was outdone by an even better Counter-Terrorist side. Astralis tried in vain to get back into the game but the Brazilian defence was too strong, ending the map with a 16-8 scoreline.

In the final map of the tournament, Cache, Astralis took an early lead with a strong offensive. SK Gaming came back hard after a strategic timeout and managed to close the gap to 9-6 at the break. SK continued to stamp their dominance on the game with an intense pistol round.  Astralis was not to be outdone though and a well timed A site execute put them slightly ahead going into the final stages. SK’s strong site hold and coordinated retakes helped them tie the game, forcing Cache into overtime. SK then managed to pip their Danish opponents right at the end, taking the final map score to 19-16.

Closing out the finals 2-1, SK Gaming were crowned BLAST Pro Series champs and have firmly established themselves as the CS:GO leaders. With one-month left of the year, there are just two tournaments left to play including the ESL Pro League season six finals and the ESC season four finals.