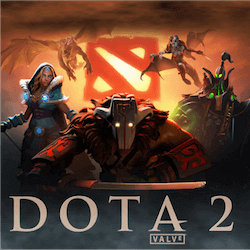 Heading into the DOTA 2 International

August the 2nd, 2017 is the kick off date for The International, the DOTA 2 World Championships to be held in the Key Arena in Seattle. The organisers have already released the details of their $23 000 000 in prize money for the winner from the 16 teams that will be competing.

The team that may pose the biggest risk to the field this year is Virtus Pro. They competed in the At The Summit 7 tournament and they displayed a grasp of the game that many of their peers consider inhuman. When the rest of the field was stuck in the rigid meta-play that has been adopted to give each team the best possible edge, Virtus Pro have openly defied the meta-strategies and simply picked random heroes to compete.

Amazingly this did not put a dent in their record and they dominated. For reference, over 17 games Team Secret chose 35 different heroes, which means the team members pretty much stuck with heroes they know.

Virtus Pro on the other hand chose 81 different heroes in the same amount of games. Not just that but they played with the more obscure heroes that most professional players completely avoid.

Fans are already prepared for a great Virtus Pro performance, but with competitors like Arteezy and his team, Evil Geniuses in the pack, they will need every trick n the book to ensure their team’s survival.

If there is any player that can match their inside out knowledge of the DOTA 2 heroes it is Arteezy. He can exploit in game features like no other. Fortunately for Virtus Pro, this year he is the strongest member in the team of relatively evenly balanced players.

Valve has implemented some game changes in anticipation of an influx of new players before and after the Dota World Championships. Firstly the developers have limited the heroes new players can use to a specific group of 20 heroes. This freeze will last for a new player’s first 25 games.

They have also altered the game’s matchup system so that new players are only paired with helpful and friendly veteran players. The leagues can be pretty unwelcoming of new players with many players showing toxic behaviour to inexperienced players. Valve wants to avoid the risk of new players being put off the game thanks to bad elements within the DOTA 2 community.