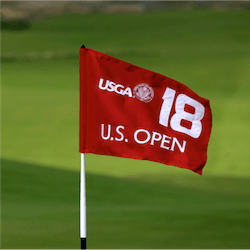 Former U.S Amateur Champion An Byeong-hun as well as Matthew Fitzpatrick were among a group of 27 golfers who all earned full exemptions into the prestigious U.S Open golf championship coming up in June. The exemptions into the Erin Hills Major were awarded to players who placed in the top 60 of the official world ranking. This brings the total of exempted players up to 78 for the U.S Open Major.

Billy Horschel was among the American players to earn exemption after winning the AT&T Byron Nelson in a playoff against Jason Day. More players will be looking for exemption at the European Tour BMW PGA Championship. The winner of the event will qualify for exemption into the U.S Open. The number of exempted players is expected to increase with players shifting positions. Many of the spots will be filled through sectional qualifiers.

A Chance for The Younger Generation

One young golfer who is hoping make an appearance is 15-year-old Akshay Bhatia. Hailing from Wake Forest, Bhatia hopes to have a long professional golf career ahead of him. He also has big dreams such as being the first to shoot a 59 in the Masters at Augusta National. Bhatia had a single mined goal last week, and that was to advance through to the U.S Open local qualifier at N.C State.

Finishing up with a 2-under 70, Bhatia took third place, advancing to the U.S Open Sectionals that will determine the final field for the 2017 US Open at Erin Hills. Speaking to the press, young Akshay Bhatia said that he was one step closer to playing the U.S Open and feeling confident. He said that he wants to have fun in the next event and knows that a lot of people are rooting for him.