Ben Stokes Cleans Up On The Golf Course 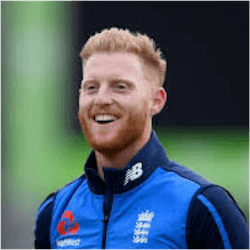 Stokes Proves His Worth – On the Golf Course

It is a well-known fact that many of our great sporting heroes grew up playing multiple sports before homing in on their speciality. If and when these national representatives fluff their game, we can only sit back and wonder how things might be if they just switched sports? For Ben Stokes, we already know the answer. As one of England’s top cricket allrounders, Ben finally has found success with his game, not on the cricket pitch though, but on the Golf Course in Christchurch.

It is fair to say that stokes is out of sorts. After being involved in a fight outside a Bristol nightclub, stokes was removed from the National team and left out to dry. In an effort to keep up his form, he made the controversial move to Canterbury to play with the Aussies Downunder. Since joining the team, he has yet to prove his worth, scoring just two runs of seven balls in Rangiora. His bowling figures were hardly any better, with him failing to pick up a single wicket.

A Score Most Golfers Would Be Proud Of

While his cricketing skills seem to be lacking at the moment, we really cannot fault his golf game. Playing at the Harewood Golf Club in Christchurch, Stokes carded a six-over par 78, the type of score, most amateurs would be more than happy with. The Harewood Golf Club’s Facebook page had a few things to say about the matter. It said that it was good to see Ben Stokes out and enjoying the course, although his score of 78 would have certainly be welcome in Adelaide. The Harewood course has been described as challenging with well-drained greens and flat fairways that are deceptively undulating. An employee at the club said that a 78 is a very good score in any respect.

Stokes is currently in Christchurch visiting family with the possibility of joining the National team in the second Ashes test in Adelaide. England were thoroughly beaten in the first test and are in a bit of trouble at the start of the second. After just two days of play, Australia are 268 runs ahead with plenty of wickets in hand. As for stokes, he has an opportunity to prove his worth at Eden Park when he will join the Canterbury team against the Auckland side.