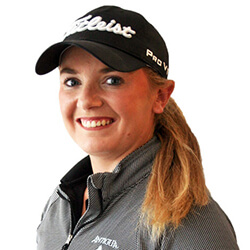 English Bronte Law has won her first title for the LPGA Tour thanks to two shot victory while playing at the Pure Silk Championship that took place in Williamsburg, Virginia. 24-year-old Law finished the game with five birdies and one bogey for a final round of 67 to finish 17 under after she had shared the lead throughout much of the tournament. Swedish Medelene Sagstrom, Canadian Brooke Henderson, and Japanese Nasa Hataoka tied for second on 15 under.

Talking about her win, Law said that she believes in determination and hard work, and that she had stayed focused on the course, and that her caddie had won a good job at keeping her calm. Her latest victory comes three weeks after she had lost in a play off of the LPGA’s Mediheal Championship that took place at Lake Merced in San Francisco.

She continued her statement, saying that she after her game in San Francisco it gave her some perspective that she is able to compete at the top level, adding that she came in this week with the intention of doing better, and that it feels really good to have realised that intention after winning her latest title. Eight time LPGA Tour victor Henderson finished with three birdies for the last round, and came in for second alongside Sagstrom, who had recorded the best finish of her career. They were joined by Hataoka, who had finished with a birdie on the final hole.