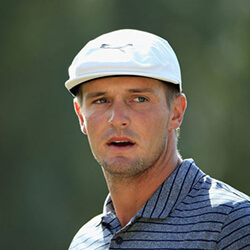 Three time major victor Brooks Koepka and American Bryson DeChambeau currently share the lead after a thrilling opening round of the 83rd Masters. Koepka shot 66 bogey free, while DeChambeau scored six under after tapping in for a birdie.

Three time champion Phil Mickelson, who is aiming to become the oldest major winner of all time at the age of 48, is currently third on five under, while English player Ian Poulter is joint fourth alongside Dustin Johnson – world number two – on four under.

Spanish John Rahm, along with 2013 Masters winner Adam Scott have become part of a group on three under, while Tiger Woods is a shot back on the congested leaderboard. Northern Irish Rory Mcllroy started the game as the only major that he hasn’t one with on over 73, while world number one Justin Rose claimed birdies on the 15th and the 17th holes, carding a total of 75.

Koepka, who was forced to miss 2018’s Masters due to a wrist injury, has won three of his past seven majors, which saw him defending his US Open title for 2018 before he went on to win the US PGA Championship. After a single birdie for the front nine, he managed to make five in six holes from the 10th just before he parred on the final three. Talking about his performance, Koepka said that he is aggressive at a normal event, and sometimes that can backfire.