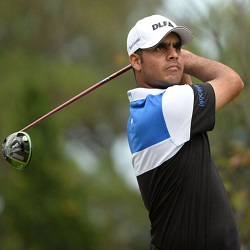 The 54th Indian Open tee’d off on the 8th of March and all eyes are now on Indian golfing sensation Shubhankar Sharma. Shubhankar has huge hopes of taking the title on home soil, and is determined to put his best foot forward. He initially wowed the world in his maiden appearance on the PGA Tour, and now he is hoping that a local will hoist aloft the Hero Indian Open trophy once again.

At only 21 years of age, Shubhankar is not only a youngster; he’s also one of the only Indian players ever to make it to the majors. He’s considered the brightest star on the Indian golf scene and he’s so far managed to secure two European Tour titles at the Maybank Championship and the Joburg Open, and is leading the race to Dubai rankings, as well as having broken into the world’s top 100.

Just a week ago he had high hopes of becoming the first Indian to win the World Golf Championship in Mexico, but this was not to be. He finished a very respectable tied 9th, and this secured him an invitation to the Masters.

Also taking part in the Hero Indian Open are the whos who of local golf, including 2015 winner Anirban Lahiri, Shiv Kapur a 3 time winner of the Asian Tour in 2017 and SSP Chawrasia, the two-time defending champion. International players are also showing their mettle on the Gary Player designed course, and although Shubhankar has big dreams, he may well come out on top, or at least place well. Determination and focus is always key in golf, and this rising star has these traits in spades.