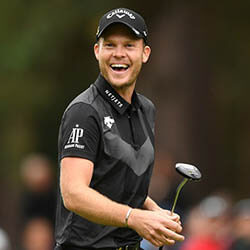 Danny Willett from England has won the PGA Championship with three shots on the final day at Wentworth after a five-under-par 67. With Spain’s Jon Rahm firing 70 to rank second, and South Africa’s Christiaan Bezuidenhout in third, Willett started the day competing for the lead. It marks the biggest victory for the 31-year-old since the U.S. Masters in 2016 and the seventh in his career.

The player was elevated into golf’s higher leagues after he had taken advantage of Jordan Pieth’s collapse, and was able to pick up the Green Jacket at Augusta three years ago. But from the high point of his afternoon in Georgia, the player had seen his game nosedive, and after this same even last year, had had been ranked at 462nd in the world.

He decided to change everything in a bid to get back to the top, replacing his coach, his home, his management company, and even his caddie, and the changes were beginning to show after he won the DP World Tour Championship in Dubai last November. But his game came together over the four days at Wentworth, where he saw scores of 68, 65, 68, and 67.

Tied with Rahm at the start of the day, birdies at the second and third gave him the lead, and he retained the lead throughout the rest of the game. He ended his game with birdies at both of the famous par fives, and ended with an otherwise superb performance.