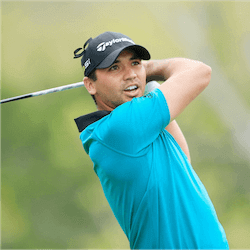 Despite an emotionally draining year after his mother was diagnosed with Lung Cancer, Jason Day feels that he can up his game and bring a consistency back to the USPGA Championships.

A former world no1, Day is currently ranked 7th and so far his biggest win this year was a runner up finish at the Byron Nelson Classic. His Majors records are a mixed bag of top 30 results but if last week’s Bridgestone Invitational performance is anything to go by, Day is in good form at the moment.

Day would need to make full use of his driving strength to make the most out of the Quail Hollow course which stretches across almost 7000m this year.

Rory McIlroy has been earmarked as the man to put the kibosh on Jordan Spieth heading to become the youngest player to make a career Grand Slam. McIlroy is one of the most experienced golfers at Quail Hollow, having won a Championship at the venue in 2010 and still holding the course record.

McIlroy has stated that he is taking this round very seriously as he knows he stands a great chance to take home the title. That said, Spieth currently has a lot of momentum behind him and everything to prove to both fans and critics alike.

There are a few great value bets to be found at online bookmakers like Crownbet. One of the best odds is a 16/1 on Rickie Fowler taking the Championships. Since most fans and bettors are focusing their attention on the McIlroy and Spieth rivalry, a lot of pressure has been taken off Fowler. Fowler has stated his love of Quail Hollow and he has previously won the Championship here, in his 2012 season.

Danny Lee just made it into the tour this year. He previously made it to 9th and 13th place in 2016 and 2015 respectively and many bookmakers are giving 14/1 odds on Lee making it into the top ten. Lee is talented and consistent enough to be a serious top 10 contender making these great odds for an underdog bet.

Finally you may also find 40/1 odds on Justin Thomas. With a top ten finish in 2015 and his massive drive, Thomas is most definitely a long shot, but he has really come into his own in recent years and he is definitely a player to keep an eye on. When he is on, he is on.