Diverse Field for US Open 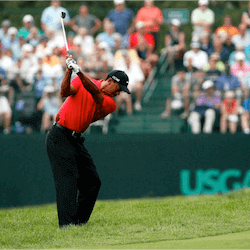 US Open Championship Players To Watch

This year’s US Open will be the 117th iteration of the event. It will be hosted at the Erin Hills golf course and despite Tiger Woods and Phil Mickleson not being in attendance, anticipation is still high for the event thanks to the appearance of Dustin Johnson, Jason Day, Adam Scott and Rory McIlroy.

This year’s course will definitely favour the hard drivers in the competition. In the six first stage groups there are a few players to keep an eye on as they look set for a great performances.

In the first group Dustin Jonson, the defending champion will be playing who is a definite favourite this year with his playing actually improving since his last appearance.

Jordan Spieth is another player with a lot of potential this year despite not being the most powerful driver. An outsider could be Jordan Rose who has previously taken home a US Open title.

Challenge From Scott And Stenson

Adam Scott a, a decorated player is a favourite in the B group. His closest competition will be Henrik Stenson who knows how to drive a ball down the fairway.

Fans have noticed that this year has not started great for Stenson but the Open could be his chance to turn around his fortunes after his British Open win last year.

Ricky Fowler is also in Group B but he will really have to pull out all the stops to convince the field he has what it takes to win the Open.

After only a single season as a professional golfer and already ranked as a top 10 player, Jon Rahm is a definite favourite in the Open. It won’t be a surprise to anyone if he chooses the US Open to make a name for himself this year.

Louis Oosthuisen is always reliable in Majors so he may silently steal the open from the movers and shakers this year. Many people think Louis is due for another major win, only time will tell what the Open holds for him.

Some more big hitters in this year’s contest include J.B Homes who boasts one of the longest drives in the game, but his accuracy is not consistently there, so he may be a bit of a wildcard.

Brendan Steele and Stephan Jaeger are another two sleeper picks for the Open. These players have posted consistent figures inside the top 60 players.