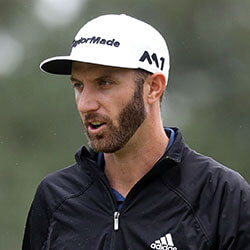 American Dustin Johnson has won his 20th PGA Tour title with a five shot victory during the WGC-Mexico Championship. Northern Irish Rory Mcllroy managed to reduce Johnson’s lead early on into the went, and sunk six birdies on the back nine as he claimed a four under 67, finishing 16 under. World number three Johnson responded with five birdies of his own in the seven holes, and posted 66.

English Paul Casey and Ian Poulter were tied for third place in 11 under. Casey has moved up 10 places on the leaderboard with a final round of 65, along with four birdies for the opening six holes. Him and Poulter ended the day with third place, which they shared with Thai Kiradech Aphibarnrat.

Tiger Woods carded a final of 69 thanks to three birdies, and finished in eight under in joint for 10th place. 34-year-old Johnson has become the fifth player ever in the last 50 years to reach 20 PGA Tour Wins before the age of 35, which has put him in the company of Tiger Woods, Johnny Miller, Tom Watson, and Phil Mickelson. Talking about his victory, Johnson said that he hit really well during the weak, and that it means a lot to get 10 wins, especially doing it before 35. He continued by saying that it was a big win for him, and that it has given him a lot of confidence for the rest of the year