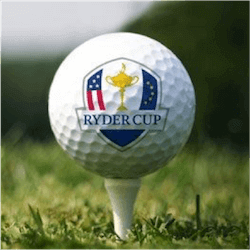 The 2018 Ryder Cup will host twenty four of the world’s greatest golfers teeing in from the USA and Europe at Le Golf National in France, in September 2018 – and Emirates will be the newest official sponsor.  This after Emirates and The European Tour having renewed their existing European Tour agreement for four more years – extending its term all the way up until 2021.

Emirates Airlines President Sir Tim Clark was quoted as saying that the Airline was proud to be associated with Golf as it is one of the world’s most popular sports and that Emirates would continue to connect fans and players alike, with their favourite game, across the globe.  He went on to say that the partnership with the Ryder Cup would serve to strengthen the relationship with the European Tour even further – as well as creating a strong bond between the Emirates Airline brand and millions of golf fans located around the world.

Keith Pelley, Chief Executive of the European Tour, seemed equally pleased at the prospect of an ongoing partnership with the well-loved airline, referring to Emirates as being a truly iconic brand with vast experience in the world of sports sponsorships.

The Ryder Cup is by no means the first event on the European Tour schedule supported by the Emirates – the airline supports no less than nineteen European Tour events, including the highly prestigious Race to Dubai, currently championed in title by Henrik Stenson from Sweden.  Players such as Rory McIlroy and Luke Donald count among the previous Race to Dubai title holders.

What Does This Mean For The Existing Agreement?

The inclusion of the Ryder Cup does not imply the exclusion of any of the existing major events sponsored by Emirates.  The Airline will continue to be the main sponsor for the existing nine European Tour events, including the BMW PGA Championship, the Nordea Masters, the D+D Real Czech Masters, the Aberdeen Asset Management Scottish Open, the Portugal Masters, the Italian Open,  the Joburg Open, the South Africa Open Championship and the Nelson Mandela Championship.

This year’s European Tour will include the 9th instalment of the Race to Dubai, with the winner being crowned European Number One at the close of the season.

The first Ryder Cup sponsored by Emirates Airline is set to take place between 28 and 30 September 2018, and fans can look forward to a noteworthy event.