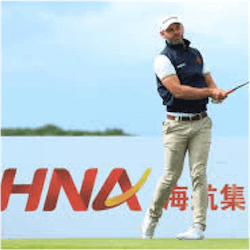 Paul Waring and Tommy Fleetwood have had English fans enraptured after their fantastic opening round at the HNA Open De France. Waring has claimed the lead so far in the £5.4million event. Waring’s season started poorly after his ongoing back problems flared up.

Fortunately the player could get medical exemption as he missed four starts in 2016. Now he is currently sitting at the top of the field finishing with a very commanding score.

Waring carded 7 birdies in his opening rounds finishing on 64. He finished ahead of Alexander Bjork, Nathan Kimsey and Thomas Pieters.  Pieters carded 6 birdies, a bogey and managed to finish with a close 66.

Tommy Fleetwood also had a great start with 4 birdies. His strong performance follows a fourth place at the US Open and he also tied for sixth place at the BMW International Open. Even though Fleetwood is only 26 years old, he claimed a second European Tour title last year at Abu Dhabi.

Fleetwood was ranked 188th in September last year, but he returned to former coach Alan Thompson who did great work on the golfers form.

Another Englishman, Nathan Kimsey had to fight against the bogeys in his opening round but he still managed to card 5 birdies and finished with 66.

The current top 5 spots are filled by Paul Waring with a 64, Thomas Pieters from Belgium with 66.Alexander Bjork from Sweden and Nathan KImsey with also finished on 66.Florian Fritsch from Germany and Tommy Fleetwood both finished on 67.

There were some amusing developments on the course yesterday as well. The mother of the 21 year old player, Hao-Tong Li dove into the muddy waters on the course to recover her son’s putter that was thrown into the water in frustration on the 11th hole.

Just as soon as she had fished it out, the concerned mother tossed the putter back into the water as she realised that her son had in fact snapped the putter in half in his anger. It had both the fans and the players smiling.

The Maiden Open For HNA

This year is the very first year that HNA will be sponsoring this leg of the European Open.

HNA is a large Fortune 500 company that has hands in many different fields. They have committed to a 5 year sponsorship of the Open De France which is great news for the sport.