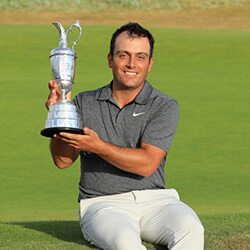 Open winner Francesco Molinari saw a stunning eight under 64 bogey-free victory while playing at the Arnold Palmer Invitational, winning at Bay Hill by two shots. The 36 year old world number 10, who was five behind overnight, managed to sink a birdie putt at the last for a 12 under total. English Matthew Fitzpatrick, who started out one ahead in a bid for his maiden PGA title, only dropped a single shot, but was unable to claim the two birdies needed in his 71.

Rory Mcllroy also claimed two birdies and ended the game tied for sixth at eight under. Molinari, who was the European Tour Golfer of the Year in 2018, holed from thick rough behind green while playing at the eight for the fourth birdie of the day.

The Italian, who teed off an hour and 40 minutes before the rest of the final group, decided top leave an eagle putt on the edge of the 16th hole, but claimed an eight birdie in the last and set a high target, forcing Fitzpatrick two shots behind in second place with six holes left to play.

The 24 year old, who is from Sheffield, did not drop a single shot while playing round three, but made his first bogey of the final day at the 15th where he fell three shot with three to play. An eagle chance at the 16th fell out of his grasp and he needed a par putt at the last to secure possession of the second.