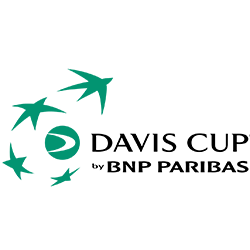 Great Britain are set to face Kazakhstan and the Netherlands for the finals of the Davis Cup, which will be played in Madrid later this year.

Britain, the wildcards of the season so far, and who also won the event in 2015, are currently fifth seeded, and been drawn into group E. Croatia, defending champions, are in Group B along with Spain, while the United States, who have won the event a total of 32 times, are now in Group F. It’s also marked as the first Davis Cup finals that will be played in the new week long 18-nation World Cup style format.

The event will be taking place in November, where matches will consist of two singles and one doubles rubber. The group winners, of which there will be six, alongside the two best second place teams, will qualify for the knockout phase. If Britain manages to claim victory in Group E, they will be able to face the winners of Group C, which is made up of Chile, Germany, and Argentina.

The Davis Cup was first founded in 1900, and is one of the largest international team competitions in the world, and a total of 132 nations took place in 2018. An ever-increasing number of top players have skipped matches in recent seasons in order to ease their busy schedules. The 25 year, billion dollar revamp of the Davis Cup is being funded by an investment group that’s lead by Gerard Pique.