A Great Line Up For The 146th Open 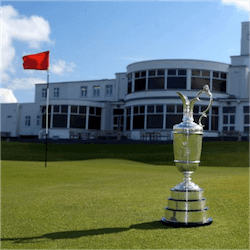 The Scottish Open will be the last chance for players to qualify for the 146th Open at the Royal Birkdale. Last week the Irish Open ushered in Richie Ramsay, David Drysdale and New Zealand player Ryan Fox.

Three more spots will be offered to the players at the Dundonald Links. Luke Donald, Graeme McDowell and Thomas Bjorn are favourites to take those spots.

Of the players already qualified for the Open there is a tremendous fountain of talent on offer and there are a few names that the bookmakers have been keeping an eye on.

American golfer Dustin Johnson is the favourite for the Open this year. He is currently the world no1. He sustained a back injury last summer that cost him an appearance in the Masters and he did not make the cut for the US open this year so it is only natural that he will be flexing his muscle at the Open.

Dustin is joined by Jordan Spieth. He has definitely seen a jump in his performance this year. He won the PGA tour in July and he could potentially take the Open in his upswing. He came painfully close to winning it in 2015 at St Andrews but he could not quite muster it.

The Return Of The Spaniard

Sergio Garcia will be making a welcome appearance at the Open.

Even though he took Augusta in April and has had a great run in the PGA tour this year, he may not have what it takes to go all the way at Birkdale.

Henrik Stenson could not live up to the promise of his 2016 Open win despite the tremendous build up to his eventual defeat of Phil Mickelson at Troon.

He will be relying on his powerful drives to make his mark at the Open this year against a strong field of up and coming talent and seasoned veterans.

Justin Rose is not the most consistent of players but he has previously shown that he can bring it all out when he has to. He showed what he is capable of at the April Masters tournament but he has yet to leave a serious mark in the competition.

Tommy Fleetwood has probably been playing some of the best golf of his career this year. Many wrote him off after a long career slump but an impressive fourth place at the US Open and a win at the French Open has made Fleetwood a potential force to be reckoned with.

The pack will also be joined by Sergio Garcia. He defeated Justin Rose at the Augusta in April and he has shown some impressive form in the PGA tour but again, it does not seem that he has the fire to claim a win from the rest of the pack.