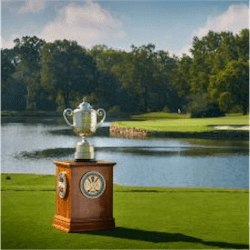 The USPGA Championships Is On The Doorstep

This year at the USPGA Championship at Quail Hollow, all eyes will be on defending champion Jimmy Walker. The golfer overcame the horrendous weather last year and clinched the title against a determined and talented field.

If he can pull off another victory, he will be the first back to back winner of a major title since Tiger Woods who accomplished the feat in 2007.

It may be an uphill challenge for Walker, not because he does not have the chops, but because of his flagging form since winning the event. It turns out that bouts of weakness and mood swings were down to Walker being diagnosed with Lyme disease.

The mere fact that Walker still has the skills to make the cut definitely puts him in contention for the win.

And Edge For McIlroy

It was last in 2014 that McIlroy took a PGA title. He has managed 6 top ten finishes, with the highlight being a 4th finish at Birkdale this year.

Quail Hollow is a little different for McIlroy however. The player not only holds the course record, but it is the venue where he won his fort major title in 2010 and another title in 2015.

McIlroy will need to adjust to 4 new holes installed at the venue for the event, but he will have a fresh start with a new caddie after the split from his old caddie, JP Fitzgerald.

Gene Sarazen, Gary Player, Tiger Woods, Jack Nicklaus and Ben Hogan hold the honour of being the youngest players to win a career Grand Slam. If he ups his game at Quail Hollow, he could be joining those players in the annals of golfing.

Spieth has only been part of the USPGA Championships 4 times, he even miss the cut his forts two starts. Spieth is only 24 years old but he has already won 3 times in 2017 and has moved up from his 13th place ranking in 2016.

He has a very strong field to plow through first however, especially with McIlroy hinting at greatness. He will also need to contend with Dustin Johnson and Henrik Stenson who have both profited from their consistence this year.

If you want to bet on this event head on over to Crownbet and get your wagers in online.