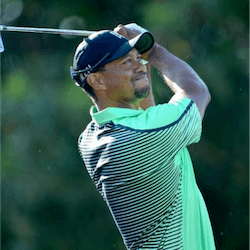 New Zealand golf fans are already enjoying 2017 PGA action around the world via online betting sites, but there is a tournament coming up in February that they won’t want to miss. The 45th Honda Classic runs at the Champion Course at the PGA National Golf Club in Palm Beach Gardens, Florida, from February 23-26.

The big excitement of this year’s tournament is the return of Tiger Woods after an absence of two years from international competition. Betting enthusiasts will be keen to see if the US superstar can break the hoodoo that has so far seen this title elude him, although he came agonisingly close in 2012, when he finished two strokes behind Northern Ireland’s Rory McIlroy, to be joint runner-up with fellow US player Tom Gillis.

Tournament that Triggered Tiger’s Bad Back

There’s another reason Woods will want to conquer the Honda Classic: it was this very tournament that put him out of action in 2014, when he injured his back in the first round. After repeated surgeries and many months of recuperation, during which the legend slipped into the low 800s in the world rankings, he was finally ready to compete again in December 2016.

That month saw Woods return in his own tournament, the Hero World Challenge in aid of the Tiger Woods Foundation, held in the Bahamas. Even though he didn’t finish in the Top 10, his performance was good enough to catapult him 250 places up the PGA rankings, so he is now at number 663. Perhaps this year, the Honda Classic will at last end happily for him… and all his supporters with a bet on.

Defending Champion Back in a Strong Field

Woods won’t be expecting a walkover, however. Reigning Australian Honda Classic champion Adam Scott, currently at World No. 7, will be back to the defend the title he won by one stroke last year. The USA’s Justin Thomas, one place behind Scott at No. 8, has also been confirmed to play, and betting fans should take note that he’s in the sort of form that has brought him two consecutive victories in Hawaii so far this year, at the Sony Open and the Tournament of Champions.