Justin Rose Off of Lead in Saudi International 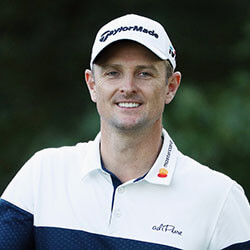 World number one Justin Rose left the first day of the inaugural Saudi International event just seven shots behind the lead. Belgium’s Thomas Pieters carded a seven under par 63 and currently leads by two shots from a six-man group, which consists of Alfie Plant and English Ross Fisher.

Brooks Koepka, a three time major winner from America, finished the day on one under par. Talking about the first day, Rose said that he had opportunity to hit a lot of shots near to the hole, but was unable to make the putts.

The 28 year old claimed his 10th PGA Tour title in San Diego, but has since struggled with the opening round for the Saudi International, which includes three bogeys and three birdies. Adding to his statement, Rose said that collectively, their group was probably the worst putting that he had seen for three professional golfers, but also said that the greens were tricky and very grain, and it was tough to factor in. He lastly added that he missed 10 putts within six to 10 feet, and making half of those would have been a good round of golf otherwise.

Pieters stated that he thinks he had 10 good chances for a birdie and made seven of them, and that it was a good day on the greens for him. The Saudi International has attracted a number of world-class players despite the country’s problems with human rights.